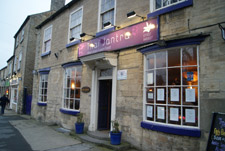 Select Commercial is a leading commercial real estate lender. We have excellent commercial mortgage loan products and options available for owners and purchasers of commercial real estate and multifamily buildings throughout the state of Massachusetts. While we lend across the entire continental United States, we are able to give our best rates and loan programs to certain areas that we feel are strong markets. Massachusetts is one of the states that we consider to be a premium market and we actively look to originate good quality loans here for our clients. We have a diverse array of many available loan products to help qualified MA borrowers looking to purchase or refinance a commercial property. If you are looking to obtain an multifamily building loan or commercial real estate loan, don't hesitate to contact us. There are many reasons why our customers like doing business with Select Commercial. We have a simplified application process and we do not charge any upfront application or processing fees. We typically offer 24-hour pre-approvals with no-cost and no-obligation. Our long term fixed rates are excellent, and we look to close within 45 days of application. Our staff is professional and knowledgeable, and we look forward to working with you on your next commercial mortgage transaction.

Massachusetts commercial mortgage rates start as low as 2.68% (as of 03/04/21)
• No upfront application or processing fees
• Simplified application process
• Up to 80% LTV on multifamily , 75% on commercial (90% with SBA)
• Terms and amortizations up to 30 years
• Loans for purchase and refinance, including cash-out
• 24 hour written pre-approvals with no cost and no obligation

We arrange commercial mortgage financing in the state of Massachusetts for the following:

The Boston market is incredibly lucrative and is a wonderful place to take out a commercial mortgage loan. At the moment, development is very prominent in downtown Boston and its surrounding suburbs as we continue to see projects being finished in the Seaport, in Fenway, and at North Station. While Boston might seem oversaturated with commercial real estate properties, it is anticipated that numerous key development spots will be traded this year. We will also see development move beyond Boston itself, with development of certain location in the Dudley Square and parts of Dorchester. While one of the best incentives for developers is what’s known as “opportunity zones”, development this year has been largely impacted by tax credit incentives and other programs. About half of the opportunity zones in Massachusetts are located in lower income “gateway cities,” which happen to also be covered by state incentives like the Housing Development Incentive program. Additionally, The Seaport continues to grow and expand.  Even with the news that General Electric will no longer build an anticipated $200 million development along Fort Point Channel, Boston officials still expect an intense amount of demand for the now-available property. It remains to be seen what will be built in this land, however it is clear that the heavy demand confirms that development and investment in the Seaport is still strong. Thus, Boston and its surrounding suburbs is a great place for investors to look for commercial mortgage financing.

The Boston multifamily market offers much upside for those commercial real estate investors looking for apartment loans. While Boston’s multifamily market saw remarkable strength after the Great Recession of 2008, those conditions have now moderated moving the rental market from exceptional to simply healthy. Even though the local economy has slightly slowed down, the apartment development pipeline has still been active, with a high level of new apartment and multifamily units to be added to inventory this year. While Boston was among the first cities to recover the jobs it lost in 2008, it has not necessarily had one of the most vigorous recoveries as jobs grew 1.8 percent last year, just .1 percent higher than the national average. However, Boston’s diverse economy is low risk and stable. The city’s economy should perform predictably (but at right below national average rates). With vacancy rates below 4 percent, Boston has maintained an incredibly stable rental market, due to its position as the financial capital of the New England region. Boston’s time-consuming development approval process has created an environment where existing multifamily and apartment projects are well-received by the market. Boston’s above-average land prices and rent levels strongly indicate the ample demand for new supply in the overall multifamily market. Thus, commercial real estate investors should definitely look into receiving an apartment loan in this region.

Select Commercial provides commercial mortgage loans and multifamily financing throughout the state of Massachusetts including but not limited to the areas below.